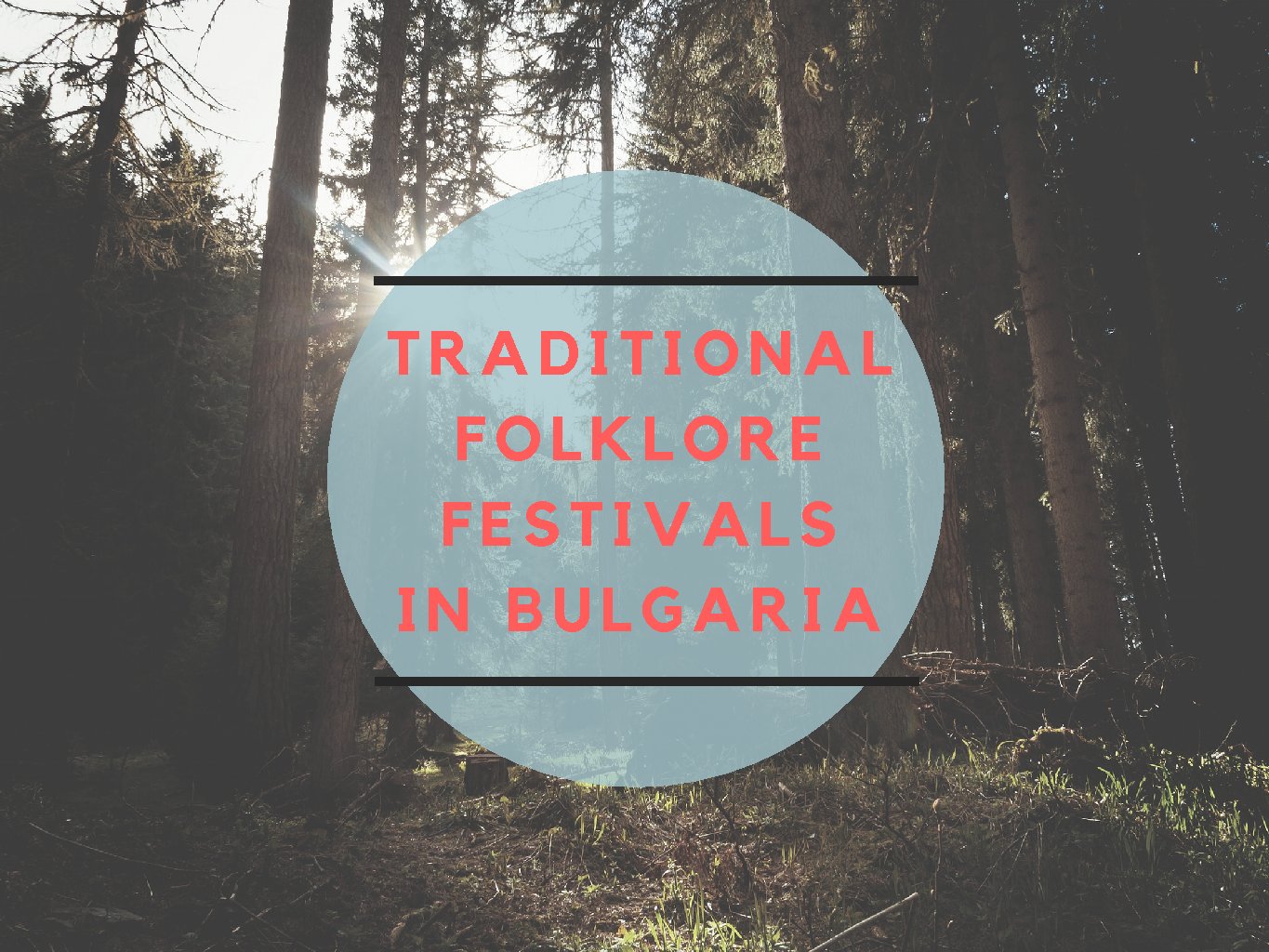 Bulgarians love their folklore so if you want to learn more about Balkan music and dancing or pagan rituals that are wildly celebrated and passionately preserved, try to visit at least one of these traditional folklore festivals in Bulgaria this summer.

As a onlooker to these folklore festivals, you can expect much more than enthusiastic performances from worldwide folklore troupes: there are always plenty of opportunities to sample national and regional cuisine; displays and demonstrations of local crafts; nestinari fire dances and parades of all colours, varieties and national costumes. In addition to observing these enriching customs, you’ll also probably leave there knowing how to do the ‘horo’, the ultimate traditional dance in Bulgaria.

Alongside the Stara Planina Fest, ‘Balkan Folk’, is the National Championship of Folklore Arts held at Veliko Tarnovo’s Marne Pole Park. Thousands of participants travel from around the world to perform their national folk dances through songs and music. Hosted by the European Association of Folklore Festivals, this event promises traditional Balkan music, choirs and orchestras from different cultures. The event is heavily televised so that traditional folklore arts is promoted through mass media.

Enyovden is a Midsummer’s festival that is both a religious feast and a pagan folk ritual which takes place in numerous towns and villages throughout Bulgaria. In accordance with tradition, women collect special herbs and flowers which they later make into crowns. Combined with dances and songs, cleansing in rivers and streams, there are various customs associated with Enyovden but it is primarily a celebration of fertility, love and health.

Click here for more detailed information on the various rituals associated with Enyovden.

The National Folk Festival of Rozhen

Originally dating back to 1898, The National Folk Festival of Rozhen takes place in the Rhodope Mountains and now incorporates the farming of livestock: ram lamb, goats, cows, horses, buffaloes. Hear the sounds of 100 bagpipes from the Sto Kaba Gaydi orchestra and watch demonstrations of  traditional crafts, ethnographic and museum exhibitions, folk games and  culinary shows of Cheverme cooking. You can also be inspired from the fire walking of the Bulgarian nestinari, or how sculptures are made from wood from a chainsaw.

(And, if you really like the sound of bagpipes, there’s also the Bagpipe Contest in Gela held on 5 and 6 August)

This festival takes place amongst the lush green backdrop of the Pirin mountains, close to the village of Predela, where dancers, musicians and singers join together to celebrate the heritage of Bulgaria folklore. Both eminent and amateur performers take to the stage to perform authentic folk songs and rituals in colourful costumes and traditional instruments. Local crafts and food stalls are also on display.

Festival of the National Costume – Zheravna

Every year, the architectural village reserve of Zheravna situated in the Eastern part of the Balkan mountains, hosts The Festival of the National Costume. The idea behind this event is that everyone wears authentic or theatrical clothing from bygone days – whether you’re a participant or visitor – so that everything should be as close as possible to the ancestral way of life. To help preserve this ideal, mobile phones and other accessories of modern life, including plastic, are prohibited for the duration of the festival unless in designated areas. The village of Zheravna is also an additional attraction with over 200 wooden houses from the Bulgarian Revival period.

Most regions have their own International Folk Dance festivals taking place during the summer months. These events join together people from across Bulgaria, the Balkans and beyond who perform traditional and modern dances. Children and adult programs include concert stages of folklore dance groups, exhibitions and festive shows which are usually held on open-air stages in the centres.

This list is by no means exhaustive as there are countless festivals similar to these happening across Bulgaria during the summer months. Where possible, I’ve included links to the festival but they’re not always available so if there’s any I’ve overlooked or you know of a festival you’d like to add, please include them in the Comment Box below 🙂
For regular updates on national and local festivals follow travelin2bulgaria on Facebook